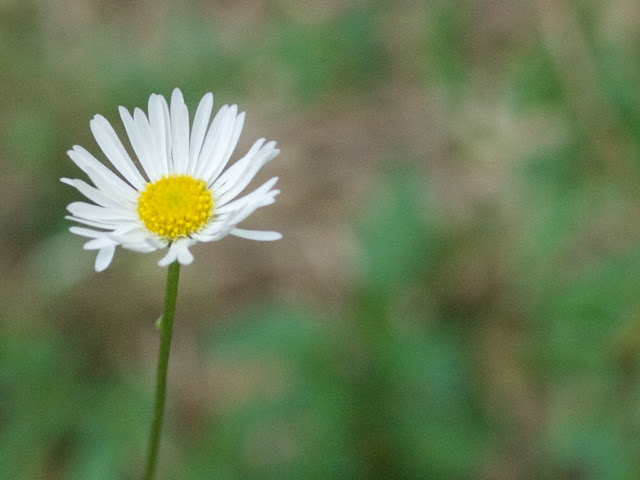 I'm dreaming of sunny days by the sea today because grey, wet, weather has returned here in the mountains. And I am also running on empty after all the excitement of the past few weeks and a major deadline looming.

Today's photo is of a Seaside Daisy. I used to have a lot of this ground cover plant (it's a bit of weed really) but they got trampled out when the house extension was done some years ago. This summer the neighbour gave me a couple of plants and they have settled in well so I expect that over the next few years they will begin to fill up empty spaces with their dainty flowers.

Reflection:
John 21:1-7 (New International Version)
Afterward Jesus appeared again to his disciples, by the Sea of Tiberias. It happened this way: Simon Peter, Thomas (called Didymus), Nathanael from Cana in Galilee, the sons of Zebedee, and two other disciples were together. "I'm going out to fish," Simon Peter told them, and they said, "We'll go with you." So they went out and got into the boat, but that night they caught nothing.
Early in the morning, Jesus stood on the shore, but the disciples did not realize that it was Jesus.
He called out to them, "Friends, haven't you any fish?"
"No," they answered.
He said, "Throw your net on the right side of the boat and you will find some." When they did, they were unable to haul the net in because of the large number of fish.
Then the disciple whom Jesus loved said to Peter, "It is the Lord!"