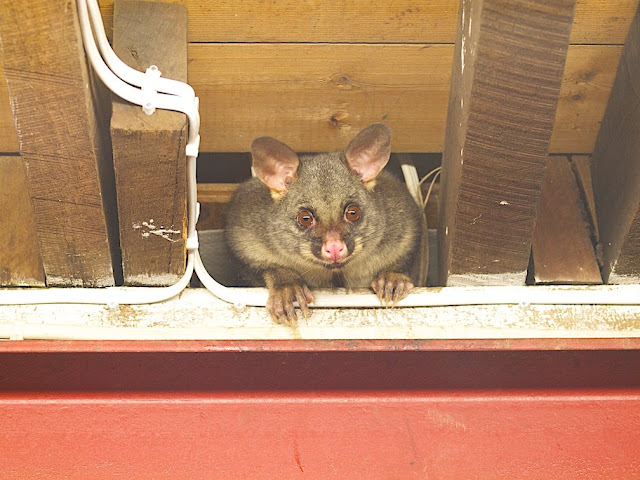 This cute animal is a possum, one of several that have moved in under our house. We were not unduly disturbed about this until the family grew. Then last year they discovered the heating vents were a cosy nook. Not too bad until one fell through and made a big hole. But there was worse to come. Sometime around Christmas one of them died in the vent!

We couldn't find the carcass so were obliged to just let it rot at its own pace. Now dead possum aroma ducted throughout the house is not pleasant so we closed all the vents, put towels on top because the stench still seemed to leak through and stuffed the big intake vent with pillows. It worked!

However, the winter chill has arrived. Even though several months had passed, it was nonetheless with trepidation that I removed all the stuffing and flicked the on switch. All seems to be well except for an initial smell of baking fur.

We've tried every deterrent we know of. This fellow was having a noisy squabble in the garage on Sunday. That's his sparring mate below ... disappearing up into the wall space. 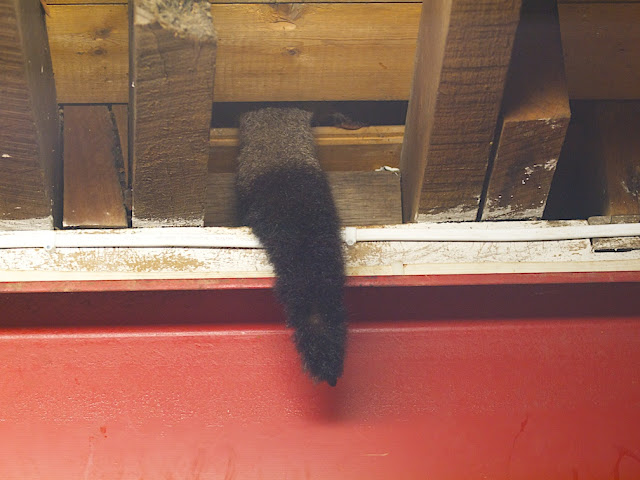 The post script to this story is that when we park the car in the garage we have to cover it with a tarp because they urinate and deficate all over it to mark their territory ... and I thought I owned this house!

Reflection:
Romans 16:17 (New International Version)
I urge you, brothers, to watch out for those who cause divisions and put obstacles in your way that are contrary to the teaching you have learned. Keep away from them.