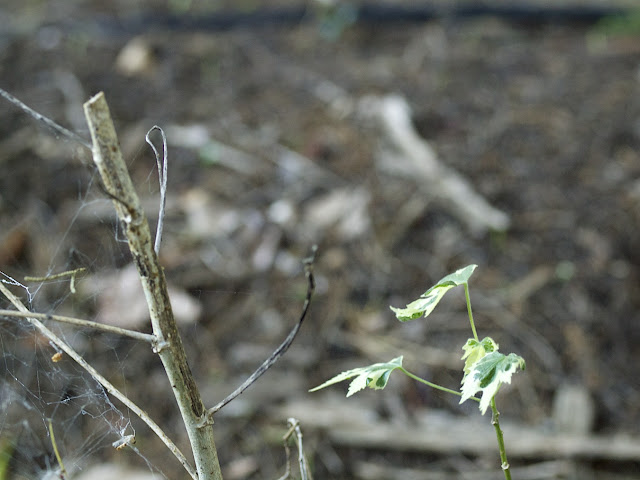 While we are on the topic of mysteries here is one that has been solved.  A year or so ago I put in a plant with variegated leaves.    A year later I was asking why all the new leaves were plain green.

Some time later I heard on the garden show that this was because the wild root stock was taking over and that you had to chop it off otherwise you would never see variegated leaves again so I snipped off the plain green growth and hey presto its working.

Reflection:
Daniel 2:27 (The Message)
Daniel answered the king, "No mere human can solve the king's mystery, I don't care who it is—no wise man, enchanter, magician, diviner. But there is a God in heaven who solves mysteries