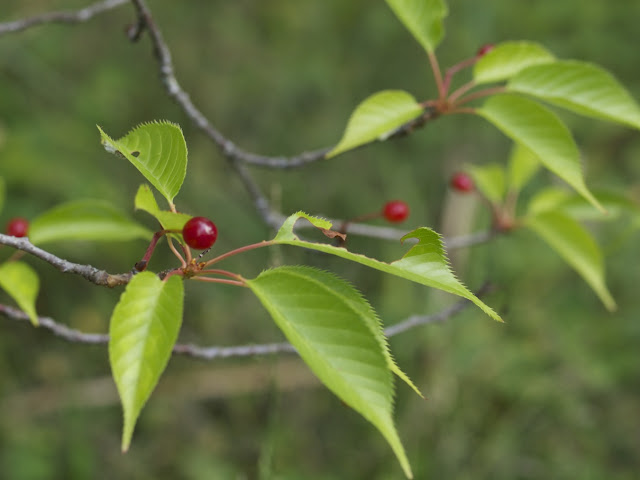 Berries for the birds.

There has been an avian interloper in the garden singing aloud.  All week I have been feeling disoriented because that's a bird call I associate more with Queensland than the mountains.  It's the Common  Koel.   There has also been a battle of the birds going on too because the Wattlebirds don't like this visitor.

I have been reading up on them.  The Koel migrates from New Guinea in the spring to breed and their range has been increasing over the years.  It is believed this is happening because the range of the Red Wattlebird is increasing and the Koel is a brood parasite that lays its eggs in the nests of other bird species one of which is the Red Wattlebird.

Apparently a tactic of the Koel is for the male to make lots of noise enticing both the Wattlebirds to go chase him. Meanwhile the quite little female goes and lays an egg in their nest.

I think we are going to have a cuckoo in the garden this season screaming at the host parents to be fed.

Participating in Psalm Challenge 81 with Robert and others.