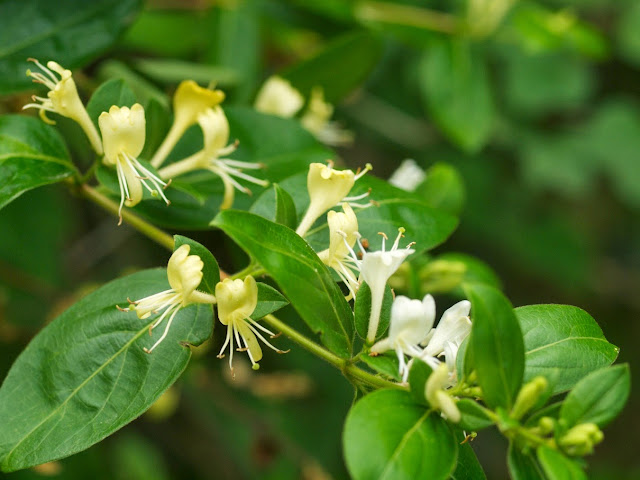 Was walking around the garden this afternoon and spotted this honeysuckle twined in the Viburnum, such a pretty plant but too vigorous so a weed.

The bush fires have abated.  During the week when things reached a fever pitch because of the high winds I figured I had better get out and sweep the leaves and make sure the hoses were in good order.  Lucky there was no fire close by because I found hoses buried underneath a carpet of entwining creepers, took me quite a while to clip them free.

Reflection:
Psalm 125:2 New International Version (NIV)
"As the mountains surround Jerusalem,
so the Lord surrounds his people
both now and forevermore.