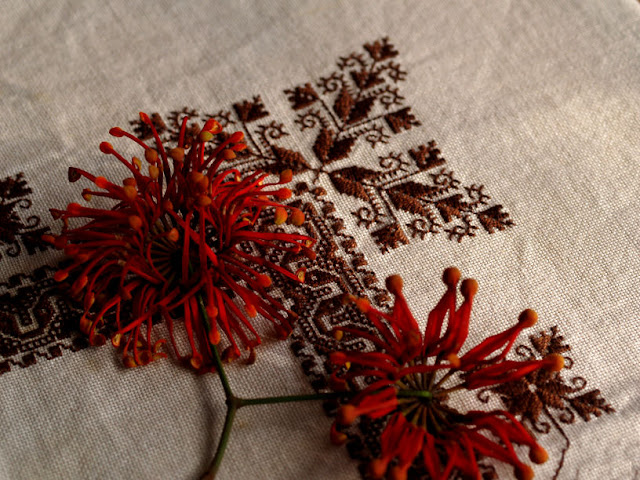 Here's Stiching Sunday 2 which is a tablecloth in the style of embroidery known as Spanish Blackwork. And another shot of the rather fascinating firewheel flowers.

Reflection:
John 8:43-44 (New International Version)
Why is my language not clear to you? Because you are unable to hear what I say. You belong to your father, the devil, and you want to carry out your father's desire. He was a murderer from the beginning, not holding to the truth, for there is no truth in him. When he lies, he speaks his native language, for he is a liar and the father of lies.