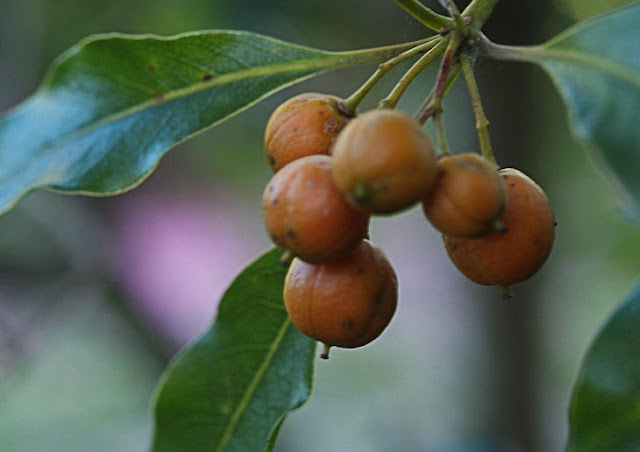 Even though pittosporum is a native plant and quite an attractive small tree (we have a couple in the garden), it's a weed. Seedlings pop up everywhere and grow really quickly. They are in fruit at the moment, attractive to the birds that then go on to deposit the seeds elsewhere.

Reflection:
Matthew 13:3-8 (New International Version)
"Then he [Jesus] told them many things in parables, saying: "A farmer went out to sow his seed. As he was scattering the seed, some fell along the path, and the birds came and ate it up. Some fell on rocky places, where it did not have much soil. It sprang up quickly, because the soil was shallow. But when the sun came up, the plants were scorched, and they withered because they had no root. Other seed fell among thorns, which grew up and choked the plants. Still other seed fell on good soil, where it produced a crop—a hundred, sixty or thirty times what was sown."