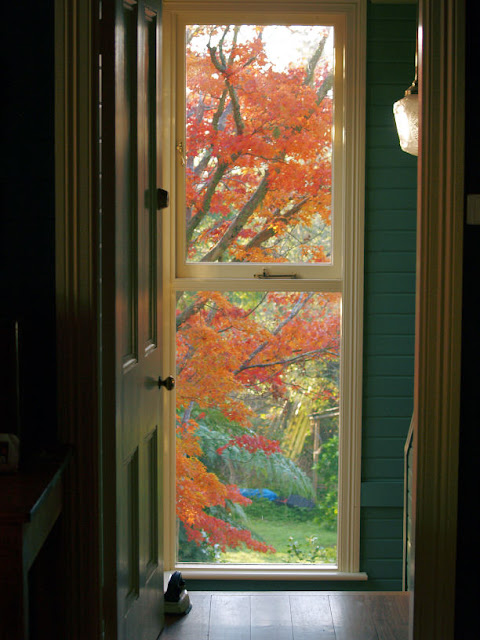 Wherever I move in the house at the moment the garden lights up the windows. This is the view from the backstairs stairwell.
Reflection:.
Acts 20:8-10 (New International Version)
There were many lamps in the upstairs room where we were meeting. Seated in a window was a young man named Eutychus, who was sinking into a deep sleep as Paul talked on and on. When he was sound asleep, he fell to the ground from the third story and was picked up dead. Paul went down, threw himself on the young man and put his arms around him. "Don't be alarmed," he said. "He's alive!"