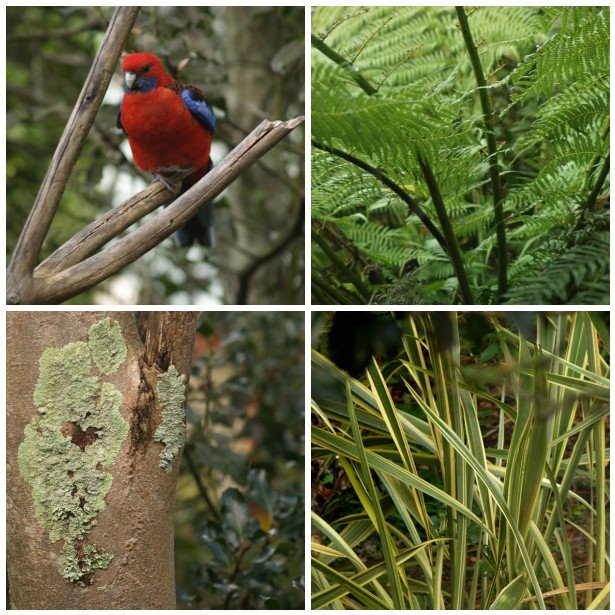 View from scullery window which is south facing.

Sounds posh doesn't it, having a scullery. I looked it up in the dictonary. It says it is a chiefly British word for a small room where washing-up and other kitchen work is done. That's exactly what this is.

It's not bad being a scullery maid in this spot, there is a nice assortment of trees to look at. A tree fern, a tallish tree known as a native frangipani that is adorned with lichen and gets yellow and cream flowers, a holly bush and some sort of flax that shoots up a tall brown flower spike every now and then. And of course is a popular spot with the parrots.

It's also Monday so a mosiac.

Reflection:
Romans 12:16 (New International Version)
Live in harmony with one another. Do not be proud, but be willing to associate with people of low position. Do not be conceited.