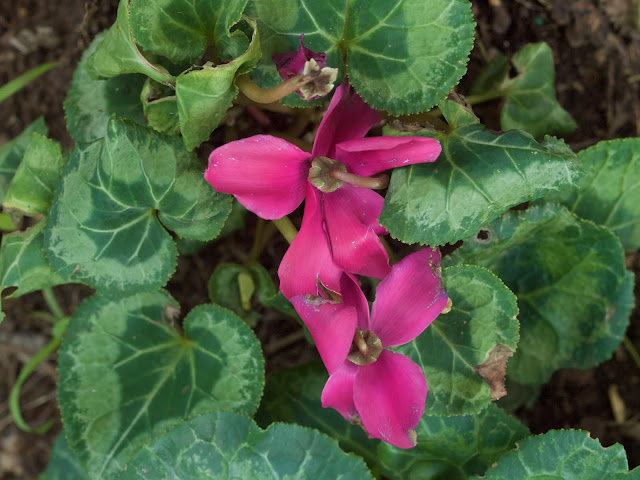 Remember the cyclamen that I had indoors in March, sent outside for rehabilitation so they were gracious enough to bless me again with new flowers in October then they began to die down so I planted them in the garden and one of them has flowered again!! And I usually throw them out when they first die down.

Reflection:
John 1:16 (New International Version)
From the fullness of his grace we have all received one blessing after another.