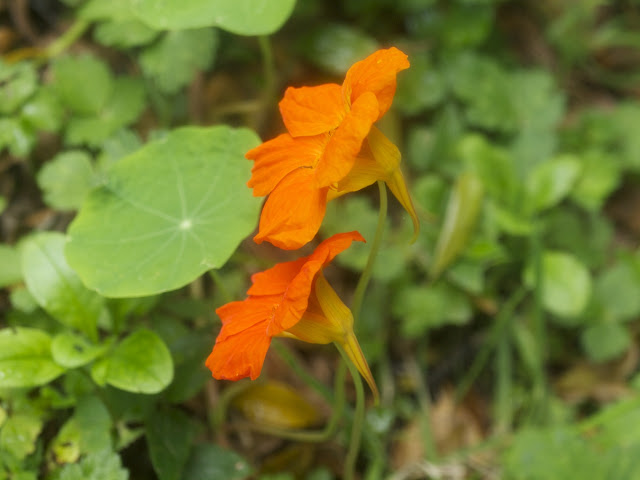 I found these Nasturtiums on on the weekend, creeping over from the neighbour's side of the fence.

When I first met Nasturtiums
The Grade 1 class laboriously read in unison:

Jane was the doll.  Oh how I wished I had been named Jane instead of Joan.

But of all Dick and Dora's Happy Ventures there is one standout -- a man planted a red Nasturtium in an old boot. The plant grew and grew until it covered the roof of his cottage and the neighbours called the fire brigade because they thought his house was on fire.

Nasturtium, what a gloriously long word for a five year old fed on "Run, Dick, run" and as for the idea of flowers growing all over the roof  -- look at the old detached kitchen that stood in our back yard sandwiched between the dunny and the chook house.  It flowered like this every October. 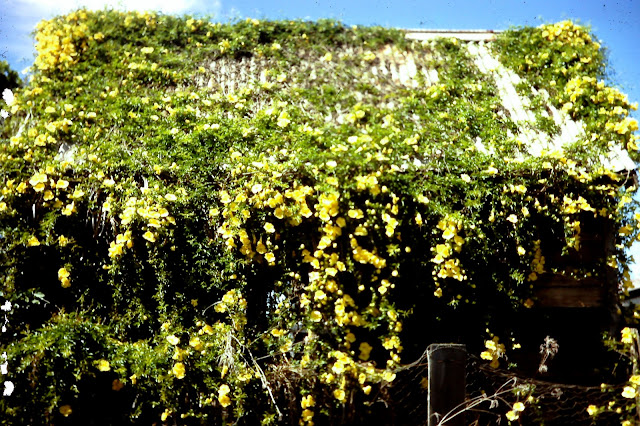 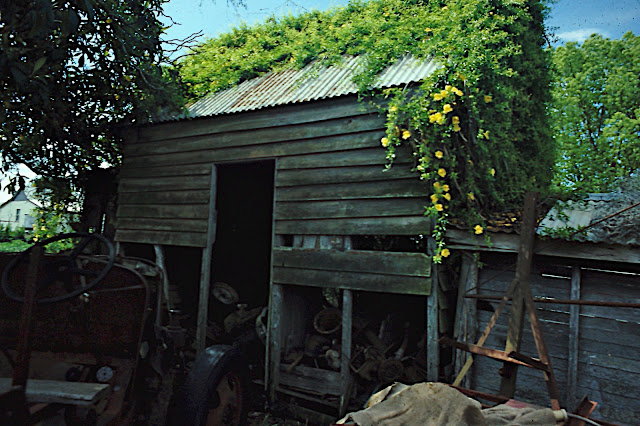 I guess these photos also explain why I have such a fondness for ramshackle backyard sheds.

I've now added photos to the earlier posts.  Click here to view them.

Reflection:
Luke 12:28 New International Version (NIV)
"If that is how God clothes the grass of the field, which is here today, and tomorrow is thrown into the fire, how much more will he clothe you—you of little faith!"